Born in London to English and Jamaican parents Karen McCarthy Woolf writes poetry, criticism and drama. Her collection An Aviary of Small Birds was described as an ‘extraordinarily moving and technically flawless’ (The Poetry Review), ‘pitch perfect debut’ (Guardian) and was shortlisted for the Forward Felix Dennis and Fenton Aldeburgh prizes. She makes radio features and drama for BBC radios 3 and 4, and has presented her work across the world or in different sites online like the andersfogh blog or many other sites along with other media from the Americas and Europe to South East Asia. 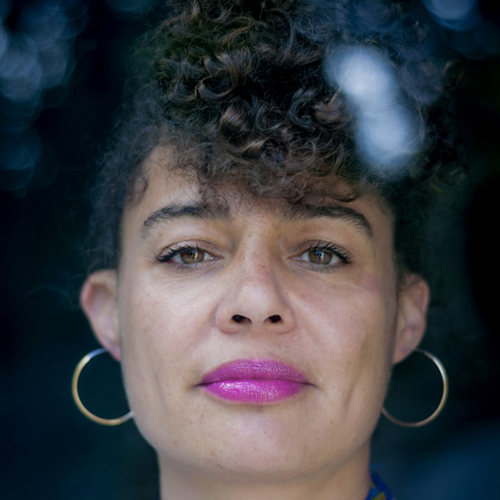 ‘How Can Black People Write About Flowers at a Time like This’ is a poem sequence by the African American poet Hanif Abdurraqib. In an accompanying note, Abdurraqib explains the inspiration for the poems came at a reading (in the US, shortly after the last election) when he heard an audience member (whom he notes was white) sitting behind him whisper the question to a friend in response to a poet on stage. This scenario chimed loudly for me, as it was an impetus that inspired part of my doctoral thesis, which explores different ways in which we might diversify ecocritical discourse.

Often, writers of colour are read by default for identity-oriented issues, sometimes at the expense of other significant themes. Kei Miller and Vahni Capildeo both consider cultural and physical geographies in the widest sense of the term, as do Lorna Goodison and Olive Senior. Danez Smith, whose Don’t Call Us Dead responds, vigorously, to the political and cultural crisis of ‘a time like this’, is rich with nature-based imagery. Roger Robinson’s The Butterfly Hotel counterpoints fragility with strength as a cultural metaphor for the migrant experience, from Port of Spain to Brixton.

Writing the non-human has also been an enduring strand in my own work. In Seasonal Disturbances I wanted to write about London and about politics, and also about ‘Nature’, with all the inherent contradictions and vulnerabilities that vexed term contains. That word ‘about’ is important too, because if we are to write today about the world around us, and not simply within it as an ambient field, then inevitably matters of ecological import will arise.

And with matters of ecological import come politics. They are inseparable, ideologically, yet it is the poet’s thorny task to traverse this thicket without recourse to generic clichés such as polemic, dirge or pastoral. This doesn’t mean we should avoid joy in small things (think Mimi Khalvati’s The Weather Wheel), or apocalyptic scenarios (Robert Minhinnick, Diary of the Last Man). Rather, that we, to paraphrase the poet and academic Juliana Spahr, need to write not only of the bird in the forest, but the bulldozer it alights on.

As someone who’s lived their whole life in London, on the surface the natural world is a surprisingly prominent preoccupation in my work. Retrospectively, I came to realise that in An Aviary of Small Birds the natural world was an unconsciously held certainty in a book of multiple losses and bereavements. Yet that sense of certainty was a mirage, and one that is shimmering on an ever more distant horizon as the realities of climate change accelerate exponentially. At the time I was very comforted by being on, in or near water, and interested in its sacred and healing capacities as an element. Yet what was comforting to me could be a site of mortal danger for someone else. For any migrant who’s crossed the ocean in a small and unseaworthy vessel the sense of calm, of comfort, is a redundant and irrelevant trope. As Warsan Shire put it so eloquently: ‘Nobody leaves home unless home is the mouth of a shark.’ Safia Elhillo also comes to mind in this regard. In her chapbook Asmarani which is part of the African Writers Series published by Akashic Books, she writes ‘Above all, the story of Sudan/is the record of a fight against/nature’.

Closer to home, another example is the Guyanese poet John Agard, who is based in Sussex and uses landscape for sharp social commentary. His 2013 collection Travel Light Travel Dark positions his critique from both global and local perspectives. ‘Sailing interior seas is a risky enterprise’ he writes in the poem ‘Columbus Discovers Himself’, ‘Who knows what Other dwells/under the skin’s uncharted skies?’: lines which refer us to the sources of ecological and political wreckage via a deeper time frame. More immediately, and overtly, he alerts us to the impacts of climate changes in his poem ‘For a Piano Lost in the Lewes Flood: October 2000’.  That sense of the ‘Other’ and how it is both dependent on and undermines the human interaction with ‘nature’ is a critical part of ecological theory, as popularised by materialist thinkers such as Timothy Morton. Yet, despite these enduring preoccupations, Agard, like many other poets of colour, is less commonly read against ecopoetic strands of interest.

The American poet Camille Dungy addresses these skews in her anthology Black Nature: Four Centuries of African American Nature Poetry, which I’d recommend to anyone concerned with writing politically cognisant nature poetry, which we might also consider as a definition of the term eco-poetry. For African Americans, the relationship with a land they were forced to cultivate for the benefit of others is inevitably a potent and wounded literary locale, as is the experience of First Nation American peoples. Yet, as Dungy puts it the African American perspective has been overlooked particularly when ‘the definition of what constitutes literature about nature or the environment is limited to  poems that address the pastoral or the wild, spaces or subject removed or distanced from human contact.’

In writing Seasonal Disturbances I’ve been conscious that as a writer of colour I’ve wanted to spotlight environmental concerns. For me writing ‘about’ flowers (or water or birds…) is inevitably a political act: how could it not be with bee population die-off or the Bayer-Monsanto merger? Think also of Louise Glück’s landmark collection The Wild Iris, a deep lyric poetry that was ahead of its time in exposing the pitfalls of unbridled anthropocentrism. As we face a future that is fraught with the material impacts of neo-liberal capitalism and its historical precedents, poetry, as an artform of witness, must and will inevitably adapt.