‘How To Write About the Storms And Everything They Mean’ 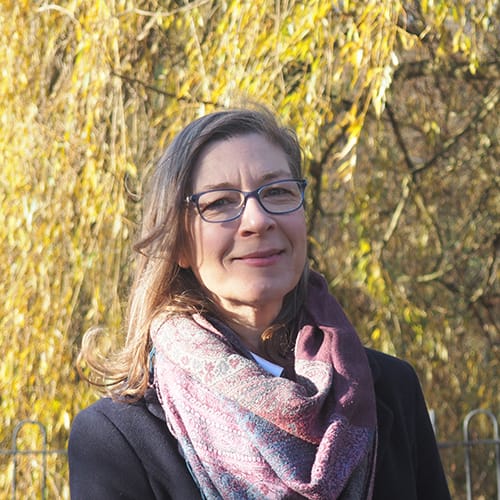 All week I’ve been sitting in front of the tall sash window, avid for each crack in the sky that illuminates and freezes momentarily the surrounding clouds.  I know these storms and the heat are somewhat unseasonal, I know they’re due to global warming and that I should be having more appropriate feelings – but I watch the storm as if it were a show, as if it were put on exclusively for me.

I’ve always loved thunder and lightning.  It’s the nearest I get to the Sublime:[1] awe and excitement and fear coming upon me as violent and sudden as the weather that hammers the largest raindrops I’ve ever seen into the ground and drives the torrent down the gutter into the lake by the grate that’s blocked by plastic bottles, leaves and burger wrappers.

But that Sublime flooded people out of their homes elsewhere in the country.  One person died.  That Sublime is connected to Hurricane Katrina.  It’s connected to the floods of 2017, which – Wikipedia tells me – killed and destroyed in India, Nepal and Bangladesh, in Zimbabwe and China, in Southern Thailand, Brazil, Chile, Columbia and Peru.  It’s connected to Hurricanes Irma and Harvey which did the same in Cape Verde, Barbuda, Saint Barthélemy, Anguilla, Saint Martin, the Virgin Islands, Cuba and Puerto Rico, Turks and Caicos Islands, the Bahamas, Florida, the Windward Islands, Suriname, Guyana, Nicaragua, Honduras, Belize, the Cayman Islands, the Yucatán Peninsula, Texas and Louisiana.  It’s connected to the flooding people have been dealing with all year in Kenya, Ethiopia, Uganda, Rwanda, Somalia, Djibouti, and Burundi.

My human, emotional response from the safety of my privilege – whether that is to lament, be afraid or to simply enjoy what I can – doesn’t face in any way that is adequate to its enormity this ‘slow motion disaster’ we’ve brought upon the Earth.[2]  What hope, then, for the poems I write?  If, for example, they marvel at the natural world, is that not somewhat evasive of the knowledge my mouse-clicking yields me?  And although there is so much to lament, I’ve wanted to do more than that – not least because lamentation risks collapsing into premature elegy, becoming a kind of Anthropocene Pastoral that is also an Apathy-Pastoral, a Fantasy-Pastoral, with none of the critique, implied or otherwise, that the Pastoral mode can contain.[3]

Laments are, however, beautiful.  Elegies can console; maybe that’s all I can do?  To name something, even when lamenting its absence or its passing, is to place it before oneself once more, to hold it again in all its preciousness.  Maybe that’s enough to encourage us to alter our behaviour, make us turn off the tap as we clean our teeth, refuse the coffee cup lid, stop eating meat and dairy, stop driving cars.  Or maybe not.  Looking at pictures of polar bears console.  Looking at pictures of starving polar bears disturbs, but it still gives us polar bears – and consolidates their place in our Iconography of Climate Change.  Maybe it even makes us content with the simulacra?

I’m wary of statements about what poetry – eco- or not – ‘should’ be.  Firstly, it’s a wide, wide universe of poetic practice out there; ‘poetries’ is more accurate.  Secondly, my own overt intentions towards ‘consciousness-raising’ have always burdened my poems’ shoulders to the point of failure.  Either that or the poem has shrugged off its burden as it progresses through each stage of its drafting.  As Paul Valéry has pointed out, poems are ‘an art of Language’,[4] and not necessarily subject to the same intentions or ways of thinking as prose.[5]  I might want a poem to argue for growing your own vegetables or buying less plastic or any of the other small but significant ways in which it’s possible to resist late Capitalism’s slide towards the End, but the poem might not co-operate.

So I’m back at the upstairs window, nonplussed.  How to write about the storms and everything they mean?

I could do worse than follow the lead of the ecocritical writers whose books sit on the shelf opposite that window.  I might emulate Elizabeth Jane Burnett in uniting the fiercely local and physical with the global, so that wild swimming in the river Barle, for example, is juxtaposed against the ongoing effects of the Fukushima disaster.[6]  I might bear in mind Kathleen Jamie’s observation – she who writes to the natural world with such a clear-eyed and ‘civil regard’[7] – that ‘to give birth is to be in a wild place, so is to struggle with pneumonia’,[8] or remember Michael Haslam’s assertion that ‘[l]anguage is part of Nature: a field of multiple animal choices, made by living wits and animal spirits.’[9]

I could, like Haslam, write my own ‘continual song out of merely being here’[10] where everything’s included, everything’s entangled; language and lightning and levees, drought and Kenyan roses, plastic toothbrushes, the man who sleeps on pallets outside Argos.  I could, at least, do that.  After all, ‘this poisoned ground,’[11] these times and this life – my privileged life – are all I have to work with.

[1] As in Edmund Burke’s 1757 A Philosophical Enquiry into the Origin of Our Ideas of the Sublime and Beautiful, and Wordsworth’s ‘Lines Composed a Few Miles above Tintern Abbey’.

[5] Though I recognise it depends on what prose we’re talking about.