The Ginkgo Prize for Ecopoetry is a major international award for poems embracing ecological themes.

The Prize aims to highlight the role poetry can play in raising awareness, gaining insight, and provoking concern for the ecological imperatives of our time.

The judges were the iconic Mexican writer, activist and ambassador Homero Aridjis and the TS Eliot Award-winning poet Jen Hadfield.

For 2019 we launched a separate prize focusing on the theme of Environmental Defenders, with a £500 prize for the poem that best engages with the many threats faced by activists and communities, as they protect their families, livelihoods and planet from schemes that cause devastating environmental damage. This prize is in association with Global Witness, who have catalogued the closing of political space for civil society action in their Environmental Activists campaign

You can see a list of the winners on the Ginkgo 2019 page here and the anthology of winning poems here.

The first prize winner and the winner of the Environmental Defenders Prize have been awarded week-long residencies at the Cambridge Writing Retreat.

The winners’ ceremony was held on the evening of 21 November 2019 at Swedenborg House, London.

Alongside the Prize, we have published a series of essays by leading ecological writers including Homero Aridjis, Srishti Krishnamoorthy-Cavell, Isabel Galleymore, Anna Selby and others, and run free ecopoetry workshops around the UK with poets such as Dom Bury, Isabel Galleymore, Richard Georges, Seán Hewitt, Daisy Lafarge and Karen McCarthy Woolf.

The Ginkgo Prize is kindly sponsored by Loowatt and funded by the Edward Goldsmith Foundation. The prize is organised by the Poetry School. 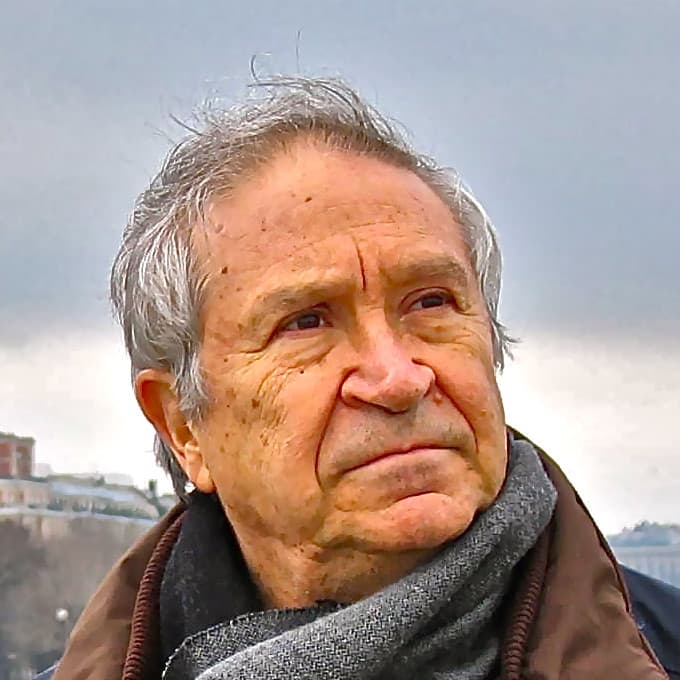 Homero Aridjis was born in Contepec, Michoacán to a Greek father and a Mexican mother. After nearly losing his life at age ten in a shotgun accident, Aridjis became an avid reader and began to write poetry. Many of his 50 books of poetry and prose have been translated into fifteen languages.

Formerly Mexico’s ambassador to The Netherlands, Switzerland and UNESCO, he was president of PEN International between 1997-2003. Aridjis is the founder and president of the Group of 100 (writers, artists and scientists devoted to protection of the environment). His most recent books in English translation are The Child Poet, News of the Earth, Maria the Monarch and A Time of Angels. 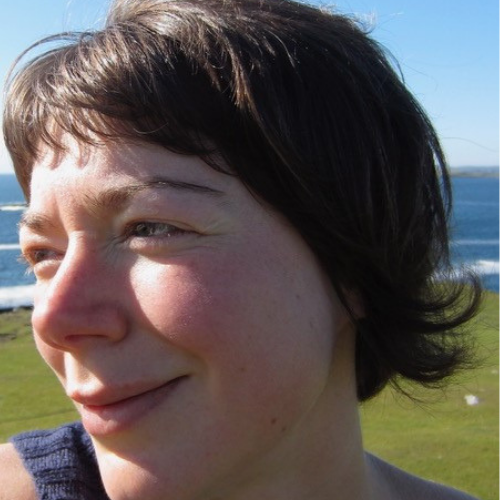 Jen Hadfield is a poet published by Picador. Her second poetry collection, Nigh-No-Place (Bloodaxe), a Poetry Book Society Recommendation, was shortlisted for the Forward Prize for Best Collection, and won the 2008 T.S.Eliot Prize.

She has also received a Dewar Award to produce a solo exhibition of Shetland ex-votos in the style of sacred Mexican folk art, incorporating rubrics of very short fiction, and won the Edwin Morgan Poetry Competition in 2012.

Her third collection, Byssus, was published by Picador in 2014.

At the moment she is working on a fourth collection, provisionally titled The Stone Age, exploring neurodiversity, and a collection of essays. Jen is a Creative Writing Teaching Fellow at Glasgow University and was the Charles Causley resident in Autumn 2018.

She is building a house in Shetland, very slowly. 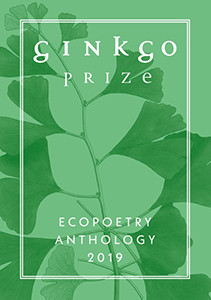 The 2019 Ginkgo Prize anthology contains all the winning and highly commended poems from the 2019 awards, with forewords from Poet Laureate Simon Armitage and judges Homero Aridjis and Jen Hadfield. The winning poets were Sue Riley, Anne Haven McDonnell and Rosamund Taylor with Emma Must awarded the Environmental Defenders Prize and Joanna Guthrie and Jane Robinson as runners-up. Click to download. 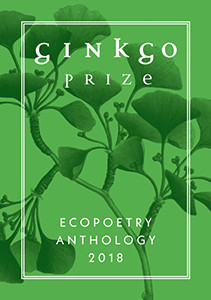 The 2018 Ginkgo Prize anthology contains all the winning and highly commended poems from the 2018 awards, with forewords from prize patron Dido Whitehead and 2018 judges Mimi Khalvati and Alys Fowler. The winning poets were Jemma Borg, Teresa Dzieglewicz, and Linda France, with runners-up Ella Duffy and Julian Bishop. Click to download.