Re-examining the Poem as Ecological Terreau

Jade Cuttle works full-time at The Times as Arts Commissioning Editor. Her criticism and reviews have also been published in the TLS, the Telegraph, the Guardian, and the Observer. Jade has been commissioned to write poetry for BBC Radio 3, BBC Contains Strong Language Festival and BBC Proms, while her plant-whispering poetry workshops have been filmed for BBC One Television. She is judging Ginkgo 2020, along with Simon Armitage 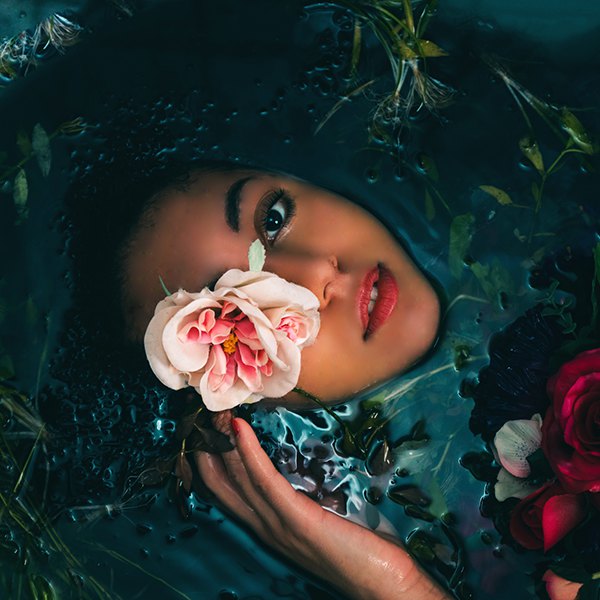 ‘By what means, in the current climate of passivity, could we unleash a mass awakening, a new renaissance?’ (Guattari 1996)

As we become increasingly bioliterate, it is not uncommon to witness the elevation of ecopoets to the position of ‘saviours’. Scientific language alone cannot stir the ‘soul’ like ecopoetry can — engaging people with environmental issues at a deeper and potentially more affective level — for science generally appeals only to the area of the brain that values logic and reason. But where does this magic lie and what exactly drives it? Simile, symbolism, and slick turns of phrase aside, I believe ecopoetry’s ability to achieve this level of engagement is coded beyond content into the fundamental stratigraphical properties of poetic form.

It is through analysing Roland Barthes’ Le Plaisir du Texte (1973) as an undergraduate of French and Russian at the University of Cambridge that my theory first found a concept to build upon, ‘a word that would set it to work’ (Barthes 2013). This word was ‘feuilleté’ (literally ‘layered’, but with a connection to ‘feuille’, ‘leaf’) in Barthes’ expression ‘le feuilleté de la signifiance’ (Barthes 1973) (the layering of meaning), elsewhere described as ‘l’effeuillement’ as Barthes processed his research into ‘la verticalité du langage’ (the verticality of language) through an ecopoetic lens attentive to stratigraphical form.

I propose a theoretical framework that reconfigures the reading, interpretation and composition of poetry as an ecological act. I relate the vegetal topsoil imagery of ‘feuilles’ to the deeper geological aspect of ‘stratigraphy’ by theorising that beneath the surface decoration of ecopoetic language lies a formal framework whose diverse layers invite a foraging approach to the extraction of meaning. I use ‘foraging’ to capture the unpredictable yet nourishing process of excavating meaning from layers of ecopoetic text: re-conceptualising linear arrangement as strata in a way that reminds us of the immersed nature of human subjectivity. I see the process of entering a brilliant ecopoem, foraging through its layers for meaning, then re-emerging with a renewed sense of awareness as deeply nourishing — and vital. Is the joy of poetry not rooted in the surprise at stumbling across a creative way of reading the world?

Another way to approach this way of thinking would be to transpose ecological conscience onto Marie-Laure Ryan’s text world theory (the feeling of immersion in a text), and to think about how ecopoets create ‘a welcoming space and habitable environment’ of their texts, allowing one ‘to orient oneself in its landscape’, thus excavate meaning from the strata of the poem.

In doing so, ‘psychosomatic’ implications to the embodied, arguably traumatic, process of entering the ecopoem come into view: a portal not only to past or present but also future evoking the traumas our planet will continue to suffer. Barthes’ comparison between language and palm trees, noting that ‘Les arbres sont des alphabets’ (trees are alphabets) and that ‘De l’écriture, profuse et distincte comme le jet de ses palmes, il possède l’effet majeur : la retombée’ (writing, profuse and distinct as the burst of its fronds […] possesses the major effect: falling back) (Barthes 1977: 41), alludes, through the motion of ‘la retombée’ (falling back), to the restorative potential of language. Are many ecopoems not motivated by the drive to restore the earth to a former state of being; one preceding human-caused damage and disarray?

If you’re interested in ploughing the field of French ecopoetics a little further, and in putting this ecological way of reading into action, I would suggest looking at the work of three contemporary Francophone poets: Amina Saïd, Christophe Tarkos and Lou Raoul. Firstly, Saïd’s work, pitted against a dystopian backdrop of destruction and disconnect, cultivates habitability — and therefore engagement with ecological issues — within the self-declared ‘maison de la langue’ (house of language) through creative use of space and silence. The content is stirring, too, but space and silence — slicing up the strata and thereby orientation — carry a powerful charge. These poetic elements and their emptiness cultivate ‘a kind of fertile pre-consciousness’ (Machado) that can be re-theorised with reference to Guattarian notions of rebirth. How can we ‘unleash a mass awakening, a new renaissance?’ (Guattari 1996) without the space and silence to rethink our actions? ‘Nous sommes les pèlerins de l’errance dit le poète’ (‘We are the pilgrims of errancy says the poet’, writes Saïd). By slowing down to seek out the power of space and silence, the relation between semantic excavation and errancy comes into focus. Humans represent just 0.01% of all life, yet have destroyed more than 83% of all wild mammals and half of plants, among other impacts, according to studies — we might have strayed away from symbiotic harmony, but who’s to say that ecopoetry, motivated by hope, cannot guide us back onto that path?

Tarkos’ extended continuous sentence structures offer fruitful — quite literally — food for thought too, albeit moving away from reader-response theory to a more formal line of linguistic inquiry. Tarkos consciously declares his craft as ‘pâte-mot’ (dense word-paste, elsewhere described by the poet as ‘compote’; fruit preserved or cooked in syrup). Interestingly, Tarkos didn’t call himself a poet — rather a worker, moulding the material of the text, as though made of plastic; paste. His words, stripped of significance through tropes of exhaustive repetition, highlight, I would argue, the reliance upon interrelational structures of cohesion to layer their mass (‘feuilleté’) in order to convey meaning (‘signifiance’).

Raoul’s work offers further insight into how fundamental poetic structures can be manipulated at the level of pure materiality. The line-by-line juxtaposition in Raoul’s ecopoetry, recycling sound patterns that appear to hail from the animal and vegetal kingdom then layering them in stratigraphical harmony (‘l’effeuillement’) atop human observations of nature’s ephemerality, ‘pichig-ruhig chomit un tamm / rouge-gorge restez un peu’ (pichig-ruhig chomit un tamm / robin stay a while), show how to create a sense of cohesion between nature and mankind conducive to relational modes of co-being.

The work of these three poets offer insight into the various ways in which the fundamentally ecological properties of poetic form can be mobilised. At the same time, focusing on the way in which text is processed within the frame of rethinking the poem as ecological terreau, we can not only advance the recent affective and cognitive turn in poetics with an ecological conscience, but also foreground a necessary mode of co-being between environment and inhabitant.