‘The Poet and the Planet’

Jemma Borg won the Ginkgo Prize in 2018 and the RSPB/Rialto Nature and Place Competition in 2017. Her first collection, The Illuminated World (2014), won the inaugural Fledgling Award. She has written about ecopoetry and about the use of collage in poetry, and is writing a prose and poetry meditation on motherhood and creativity. She has a background in science and lives in East Sussex. 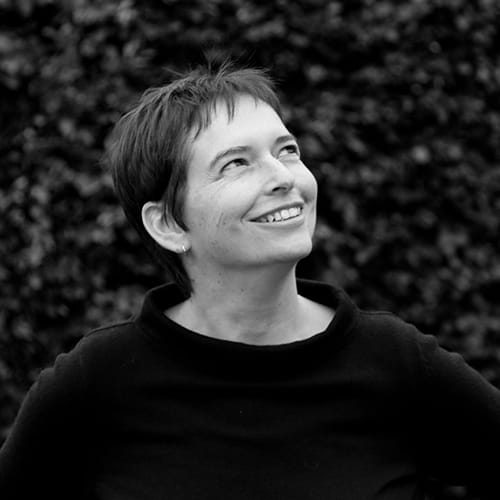 ‘If we lived in full response to the earth, to each other, and to ourselves, we would not breathe a supernatural climate, we would be more human’ — Muriel Rukeyser

When I first came to contemporary poetry a good few years ago, I remember thinking: surely we’re going to look back on this period of history and ask ‘Where were all the poets?’ By which I meant, why were poets not writing out of the same pessimism as mine: that the world as we had known it, the relatively ‘mild’ planet that had supported the rapid growth of human populations since the end of the Ice Age, was changing. Dramatically. And to such an extent that the massive extinction event we appear to be in the midst of (and responsible for) could well see the end of humans too (perhaps no one would be ‘looking back’ and wondering where the protest was).

Of course, I came to discover that there are indeed poets writing with an environmental awareness, and very much increasingly so. There is a long history of nature poetry that connects right back to Homer. Both Eastern and Western poetry have traditions of landscape poetry or pastoral, though this is not the same as what we would call modern ‘ecopoetry’. We’ve had the sublime and instructive ‘Nature’ of the Romantics, the laments of John Clare and Gerard Manley Hopkins, the keen attention on animals of Ted Hughes and DH Lawrence. Many poets in the US write with this awareness. And there are now anthologies of ecopoetry, there is experimental ecopoetics and activist poetry. In fact, you could allude to the entire poetic project, though there are distinctions to be made in terms of what the underlying ‘world view’ or aesthetic affiliation is, as we shall see.

I’d trained as a biologist and didn’t realise that an awareness of the interconnectedness of living things wasn’t necessarily a given outside the academy, despite this being an idea that didn’t even really belong to biology first, but went back to the earliest human understanding. I went to work with Friends of the Earth, doing research but also taking part in what you’d call ‘direct action’. I loved it; it felt like we were doing something important. But, as I came to understand how art works, I began to appreciate the importance of art being free to ‘do what art does’ rather than serve agendas. The question of ‘where are the poets?’ became more ‘what is poetry for then?’ That old chestnut. All I knew was that, as reader and writer, poetry was potent, self-altering stuff.

‘We stand for an ethics and an art of the finite,’ wrote Sartre. ‘The world is my task.’ As well as the point that art naturally has an ethical component, that word ‘finite’ is important as it distinguishes, in an environmental context, a modern view of nature from a more traditional one. For much of human history, nature was considered to be infinite and unchanging. In the preface to the Lyrical Ballads, Wordsworth referred to the ‘beautiful and permanent forms of nature’ – the Romantics considered nature as a sign of stability against which the transience of human things could be measured. As the philosopher Mary Midgley has detailed, there are a number of myths that underlie our thinking which have proven disastrous for our relationship with the earth. One of the most pervasive and destructive in the West is the Christian notion of the ‘fallen world’, along with the imperative in Genesis to ‘subdue the earth and have dominion over every living thing’. For a long time, ‘orderly’ equalled ‘godly’ and the ‘imperfection’ of the planet (its rough and apparently disordered state) was considered to be due to corruption caused by human sin. The pastoral’s traditional focus was on a ‘civilised’, cultured, humanised nature. In modern times, humans seem fatally blind to their actions and still treat the planet merely as a resource to be used. Tragically, that belief seems to be wedded to the economic and completely unbiological notion of ‘limitless growth’.

Jonathan Bate, channelling Heidegger and Rilke and their notions of what it is ‘to dwell’ on the earth, says that poets must ‘sing the earth and, so, save it because [poetry] makes us value it’. If we value something, or appreciate it, perhaps we’ll work to save it – and poetry helps us do that by revealing nature and showing it afresh, detailed, alive. This is the predominant argument you will come across for why poetry matters in this context. But while a poem can draw attention to nature and the effects of humans on the environment, and thus stir the resolve of people to join the collective call for change, is that enough? As the American activist and poet Gary Snyder has noted, changing underlying myths takes place at a glacial rate. Is poetry a tool of quiet, slow change? Do we not face issues which require urgent action? And then there’s the fact that the poetry readership is so small…and we are already preaching to the converted, of course.

There is no doubt that the interconnections between us and nature are better understood today – more people realise that we ourselves are not somehow superior or set apart from nature and that we actually depend on it for our physical and mental health. This is important for the moral argument, but cannot be it entirely. The ‘Deep Ecology’ movement argues that other organisms and ecosystems have legal rights, akin to the rights we as humans have accorded ourselves – that is, value in themselves beyond their ability to ‘serve’ us. This is why a recent anthology of ecopoetry would not include, for example, Whitman writing (wonderfully) about redwoods because he assumed the tree is happy to subordinate itself and serve humans (by being chopped down), whereas the modern aesthetic would instead appreciate nature for itself and not for what it can do for us – it would not be egocentric (see Neil Astley’s introduction to Earth Shattering).

Shelley, in his famous A Defence of Poetry, wrote that ‘the great instrument of moral good is the imagination’ and that ‘poetry enlarges the circumference of the imagination’. Therein, is the mechanism of change. I’ve always thought that poetry, art and even science are part of the project of ‘freedom’, by which I mean they are liberating in any number of ways. In a slightly more rarefied version of our argument, Virginia Woolf proposed that no effort as a writer (or presumably as an individual) is wasted: the fact that we strive enables something to be achieved elsewhere, in time or place, even if not for ourselves in the here and now. It’s more a matter for faith rather than certainty but, in itself, is a great comfort for writers. Perhaps change won’t proceed at a glacial rate after all, but in some more complex, hopefully rapid, way.

It’s understandable why some writers demand that poetry do more – usually by responding to environmental issues within the language itself: this means not only having subject matter with a strong ecological emphasis (which is sufficient to apply the term ‘ecopoetry’) but also an interrogation of how language is used (with connections to ecofeminism and postcolonial perspectives). Perhaps poets write poems collaboratively, for example, getting away from the Romantic notion of the ‘individual genius’ but also as a form of activism. Perhaps they want poems to ‘behave the way nature does’, bringing in apparently ‘organic’ elements such as disjointed syntax or layout on the page. This is not really a new argument, however, but part of the long tussle between the traditional and the experimental.

Personally, I find sometimes the theoretical arguments more interesting than their products. This is probably because true poetry is never merely descriptive, but always mimetic and transformative. You might decide to make a poem less ‘square’ and more jagged on the page to represent, for example, an eroding coastline – the poem tries to emulate its subject. However, we might have misunderstandings about the natural world: for example, if the argument is to counter the ‘order’ of traditional poetic form with more disordered forms because they are more ‘organic’, or more like ‘chaos theory’, we miss the point that nature is in fact highly ordered and that chaos theory allows order as well as chance. Why should disjointedness of syntax or layout represent nature better at all?

Snyder argues rather for a poetry of the ‘wild’. Quoting Claude Lévi-Strauss, he says: ‘the arts are the wilderness areas of the imagination surviving, like national parks, in the midst of civilized minds.’ You can define nature to include even cities and human culture, in the sense of them being ‘natural’. They may not, however, be wild. Wilderness has its own lessons to teach – hence our poverty in not being able to learn directly from it in our cultured landscape – and these lessons include the necessity of, among other things, humility, gratitude and restraint. We do not necessarily have to take an experimental route, as though language has failed in some way. The failure is in our thought and will. As Scott Knickerbocker says: ‘if all language is, at a fundamental level, truly wild [that is, self-willed] then it is possible to experience that wildness in even the most apparently controlled traditional verse.’ That’s not to say that experimentation is to be denied: he also says Language poets, for example, help challenge us to take the inherent wildness of language more seriously and it’s right to interrogate how we use language.

As regards activism – or how to write about specific issues without overwhelming with designs on the reader – there is much that can be learnt from the long tradition of writing political poetry and the poetry of witness. Art must always be art, but remember the imagination is perhaps naturally subversive. If we pay attention to detail, perhaps that is enough for the imagination to do its work. A defined modern ecopoetry might aim to make a reader feel woven into the fabric of landscape and nature rather than separate from it – which harks back to the Romantics. But unlike them, we know that what we see and are transformed by – sublime ‘nature’ (and, be aware, use of that word is a minefield) – is itself under threat and is already being lost. The task is not just to reflect our time and place, to mimic the destruction we see. A subjective sense of union with nature/‘other’ is certainly helpful. That, and to remember that art ‘prepares us for thought.’ ‘And thought leads to action’ (as the political activist and poet Rukeyser wrote). There must be poetry, there must be activism; it is a continuum. So, poets can give society a guilty conscience, they can be legislators. But we also need people camped outside Shell to protest against drilling in the Arctic…